Valentino Baielli is a Florence, Italy native. While in Florence Valentino worked in academia and was the youngest restoration artist allowed into the National Library to restore their woodwork. He is considered a visionary in horograpy and a highly sought after designer within the watch industry. Valentino is often called upon for his bold and timeless creations. Valentino has a special interest in dive watches. One of his favorites is the Chronograph Diver model.

Along with designing timepieces, Valentino is known as a skilled art restorer, lecturer, and regularly leads workshops across the Chicago area. He custom designs high-end furniture with notable clients including fashion designer and film director Tom Ford, Walgreens, and acting siblings John and Joan Cusack. Valentino now calls the Chicago area home where he resides with his wife and children.

Valentino has been in business since 1999. 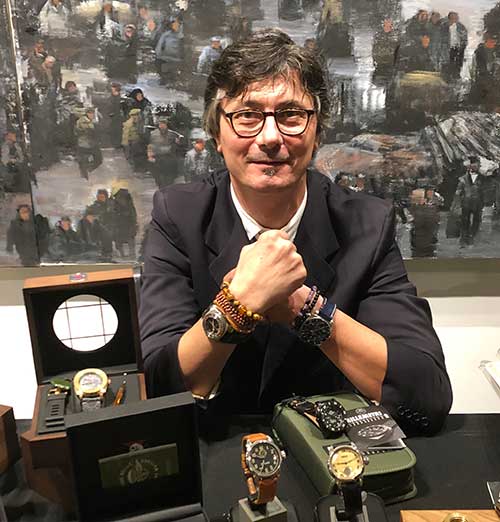